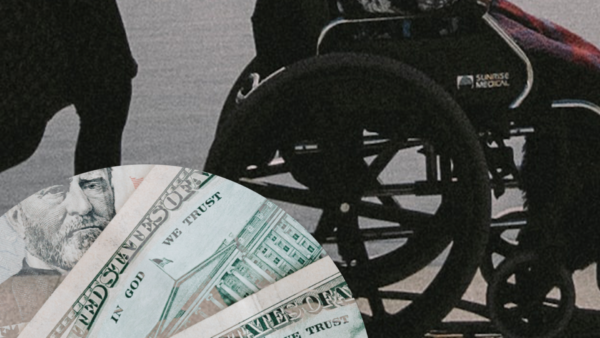 On August 4, 2019, a father died in his adult son’s arms during the mass shooting in Dayton, Ohio that also claimed nine other lives. Dion Green was Derrick Fudge’s only child. The months following his father’s death were “draining—mentally, spiritually, emotionally, and financially.” At first, Dion didn’t even know he was eligible for victim’s compensation, but he was contacted by a victim advocate and applied. In October 2019, he found out that Ohio’s victim compensation program had denied him help with burial costs because his father had a 2011 felony drug conviction. “When I got the denial letter in the mail, I tore it up and threw it in the trash,” Dion said. He felt overwhelmed by the appeals process and angered that his father’s nearly decade-old charge had made him ineligible for financial assistance: “Someone’s past shouldn’t determine the future.”1Since the shooting, Dion has dedicated his life to helping fellow survivors of gun violence and become a vocal advocate for victim compensation.

Dion’s story is sad, but not uncommon. Each year, 14,000 people in the United States die by gun homicide and hundreds of thousands more survive gun crimes.2 In the aftermath, survivors and families suffer from emotional trauma while managing new financial burdens related to immediate and long-term medical and mental health care, funeral expenses, or even the costs of cleaning a deceased relative’s home. Survivors may also lose wages while they take time off of work to recover, receive physical therapy, or appear in court. Victim compensation is available to survivors of gun crimes and the families of those killed by guns.3 But for Dion and too many others, victim compensation is denied if they or their loved one had a prior criminal conviction, filled out an application incorrectly, failed to file within a certain time frame, or failed to report or cooperate with law enforcement. These denials force victims and their families to rely on private donations or crowdfunding for funeral and other expenses.

Gun violence victimization is costly and victim compensation funding can help ease the financial burden. However, many of the gun violence survivors who need it most are not able to access this support due to broad exclusionary criteria and bureaucratic red tape. But lawmakers and state VOCA compensation administrators can help by:

(1) Easing state obstacles to accessing compensation, including increasing staffing to process applications, and extending deadlines to report a crime, file a claim, and make an appeal; and

(2) Reforming state laws that limit eligibility based on the victim’s actions during the crime, their criminal history or cooperation with investigators, or receiving collateral compensation, such as GoFundMe donations.