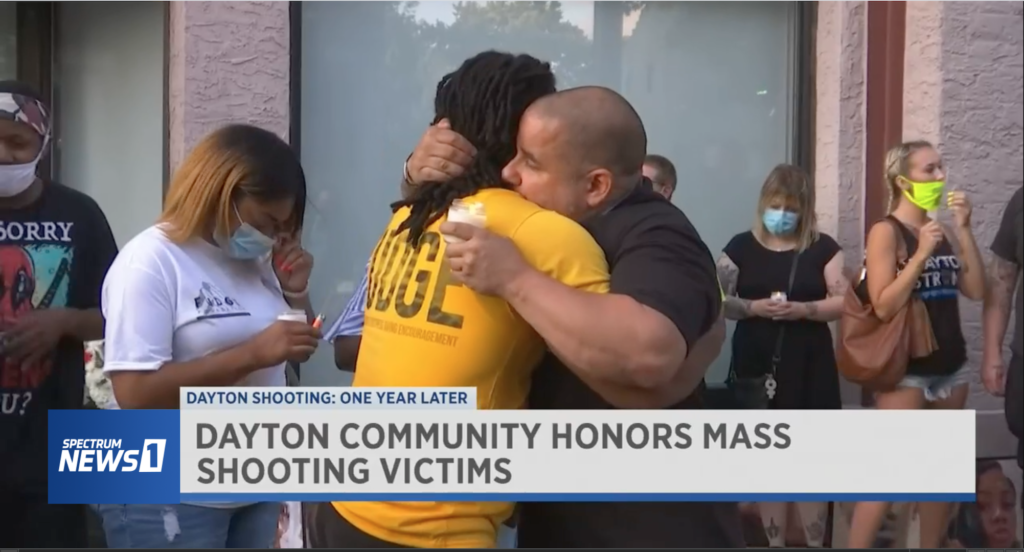 DAYTON, Ohio — Tuesday marked the one year anniversary of the mass shooting in Dayton’s Oregon District. It was a day filled with raw emotion, sadness, and grief.

“It’s not about politics, it’s not about people being angry,” said Dion Green, Derrick Fudge’s son. “This is about loving our loved ones that we have lost, and we’re honoring them today to let them know that we are keeping their memories strong and alive.”

Dion Green tragically lost his father, Derrick Fudge. He organized this vigil to honor the memories of his father and other victims.

“I’m hoping that they’re smiling down and seeing the strength that they’ve instilled in the community by teaching us how to show compassion and sympathy to one another.”

Dozens joined him for a nine-minute moment of silence to pay tribute to the nine lives lost.